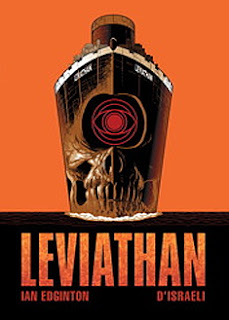 An occult murder mystery set on board a mile-long ocean liner adrift on strange seas. Originally published in 2000AD, 2003.

Buy US Edition from Simon & Schuster.

Cover shown is for US edition

Now available from my Lulu Store:

(If the above link doesn't work, try the individual item links below) 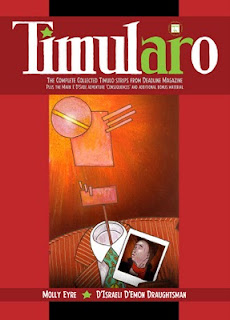 Remember Deadline magazine? Remember that weird strip with the writing round the edge of the page?

When glum Esperantist Mateo Timulo quits reality and goes off to live in a world of his own, he isn't prepared for the complications that follow. First he's abandoned by his male power fantasy, Mark E D'Sade, then he finds himself stalked by those cubist Yuppie nightmares, The Nietzche Bros. And as for D'Israeli, necromancer, polymath, and zombie of England's greatest statesman, just whose side is he on?

Collecting the entire run of Timulo, the 1998 sequel Consequences, and more than 20 pages of previously unseen material, Timularo is wilder than a bucketful of killer haddock, and stranger than even the enigmatic Curse of Kong... 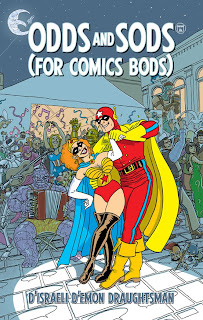 Odds And Sods (For Comics Bods)

Contents include: cool apes, portly superheroes, a house move on a powered unicycle, the history of the Weimar Republic in twelve panels, a man with a cow on his head, a crying robot and George Formby versus Godzilla.