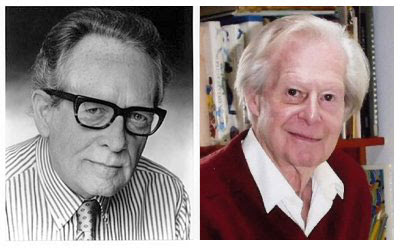 This week sees the sad loss of two notable contributors to popular culture.

Patrick McGoohan was a highly respected stage actor, but is now best remembered for his landmark television series The Prisoner (1967). McGoohan starred in, produced (and even wrote several episodes of) this surreal and enigmatic series, in which an un-named secret agent ("Number 6", played by McGoohan) is kidnapped and held in a hidden town ("the village") by unknown forces who could equally be his enemies or his own side. A parable on individuality versus state power, The Prisoner has provoked much argument and many different theories as to its meaning, but what strikes me is its relationship to McGoohan's own career.

What tends to be forgotten now is what a huge star McGoohan was by the mid-1960's; he had been approached to play both James Bond and The Saint, and the second and third series of Danger Man were so successful that he became the highest-paid actor in the UK. What's impressive is that McGoohan seems to have had very little regard for his own success; all indications are that he found little to challenge him in the action-hero roles he was offered, so that he walked away from Danger Man during the filming of the fourth series. He then negotiated with Lew Grade of ITC to produce a series of his own, and The Prisoner was the result.

Probably the best title sequence in the world: The Prisoner (music by Ron Grainer)
The Prisoner in many ways mirrors McGoohan's own situation at the time; Number 6 is a valuable agent who resigns but must then resist attempts to coerce him back into a role that he no longer wishes to fill. Making such a wilfully strange series looks to me like a way of kissing off the industry that had typecast him in simplistic action-hero roles, but which had paid him enough to leave him free to walk away. Certainly, at the time, The Prisoner was not the huge success that Danger Man had been, and McGoohan's involvement with television was much more limited thereafter. But it was also an extraordinary work in its own right, and one which grew to be a long-term cult success. Certainly it has lasted in a way that Danger Man and its ilk have not.

Ironically, McGoohan was left in the position of swapping one form of typecasting for another, as The Prisoner ended up overshadowing all his subsequent work. But if one is to be remembered, there are worse things to be remembered for.

Tony Hart is someone I remember from my earliest days, first as artist-in-residence on the innovative children's programme for the deaf Vision On, then later his own series Take Hart and Hart Beat. With his shock of white hair and affable manner, he was a perfect children's TV presenter; his demostrations of small-scale art-projects were clear and unhurried, and usually included straightforward but non-obvious tips which would improve the end result for viewers attempting the exercise at home. Each episode, Hart would also produce and extremely large-scale picture, painted on the studio floor or assembled from objects in outdoor locations, and viewable only from above. A third classic element to a Tony Hart show was The Gallery, a showcase of drawings sent in by viewers. This formula has become the template for later shows such as the BBC's SMart and ITV's Art Attack. Hart's shows also contained a fair amount of animation; The Mad Professor (a silent movie-style segment created by stop-motion animating a live actor) and The Workman (who dug up a new, strange object every week) migrated with him from Vision On to Take Hart, and were soon joined by Morph (left), a stop-motion animated plasticine character produced by a fledgeling Aardman Animations (now better know for Creature Comforts and Wallace and Gromit).

As a designer, Hart was responsible for Vision On "grasshopper" logo and the original design of the Blue Peter ship.

For those of you who fancy a quick nostalge, here's Left Bank II, the vibrophone piece that accompanied the Gallery in Vision On, and became the theme tune for the early series of Take Hart.
Posted by Unknown at 4:29 pm

A fine valedictory there!

Still, The Prisoner demonstrated for the first time the potential for television to be something more than mindless pap.

I remember after the last episode finished, sitting down resolved to figure out what it all really meant - to put all the pieces of the jigsaw together.

After running a few ideas "up the flagpole, to see which way they fluttered" as it were - I recall that, after several hours, I felt I'd succeeded in integrating all aspects of the show's narrative into a cohesive whole, and went to bed feeling very pleased with myself!

But buggered if I can remember now what my thesis was!

Oh well. If Patrick McGoohan had done nothing else aside from The Prisoner, then that creation alone was sufficient to have made his life thoroughly worthwhile.