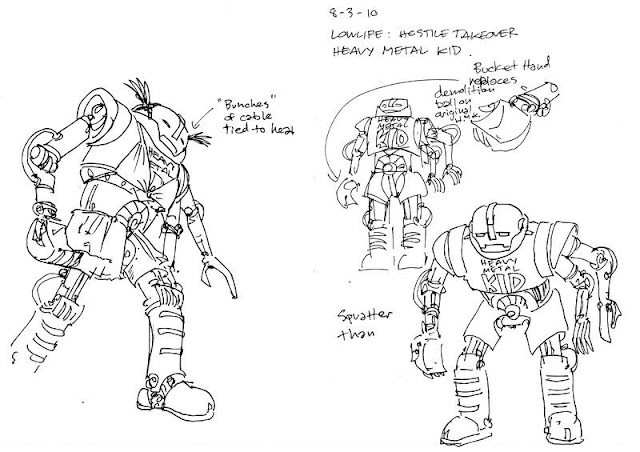 Apologies for the lack of bloggery-pokery the last few weeks - I've been so hammered by deadlines on the last episode of Lowlife: Hostile Takeover (and a subsequent job, about which more soon) that I haven't had time or energy to post. I have some half-finished posts about the last episodes of Lowlife which I will make the effort to finish, as they're mostly about my switchover to working in Manga Studio anyway.

In the meantime, here are some of my character sketches and concept designs for Lowlife: Hostile Takeover. 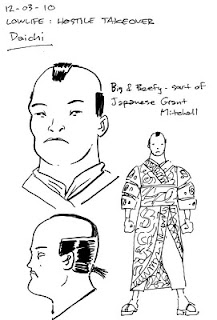 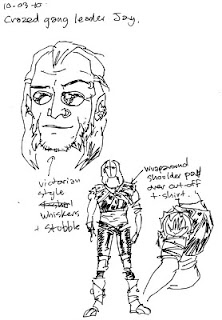 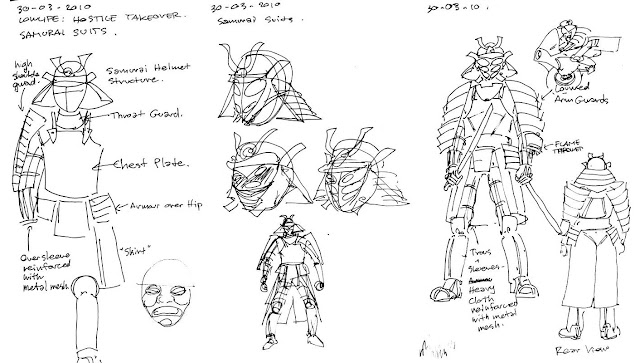